In the late 1950s a German company, Grünenthal, brought a new sedative, thalidomide, onto the market. The company confirmed that it was the first safe sedative, even for pregnant women with morning sickness.

The drug became as popular as aspirin. But thalidomide was far from safe. Babies whose mothers took the drug during pregnancy were born with severe physical deformities.

The thalidomide case became one of the biggest pharmaceutical scandals of all time. The tragedy, however, led to the creation of the Commission on the Safety of Medicines and the Medicines Act of 1968.

The principle and distortions

Thalidomide was developed in Germany in the 1950s as a sedative and tested in various (non-pregnant) animal species and then in humans. The results in animals seemed to show that even very high doses were not harmful. In humans, the new drug appeared to have remarkably few side effects. Thus, it would be a perfect substitute for barbiturate pills.

Thalidomide was marketed in America and Europe under the name Contergan and in the UK under the name Distaval. It was prescribed as a completely safe sedative even for pregnant women with morning sickness. By 1962, the drug had been administered to five million people.

Investigations have begun to find the cause.

In September 1960, Dr. Frances Oldham Kelsey, a young pharmacologist who had just started working at the Food and Drug Administration, was asked to review the drug for approval. However, it was criticized by the lack of rigorous scientific research. In late November 1961, evidence that had been ignored for years came to light linking thalidomide to birth defects. 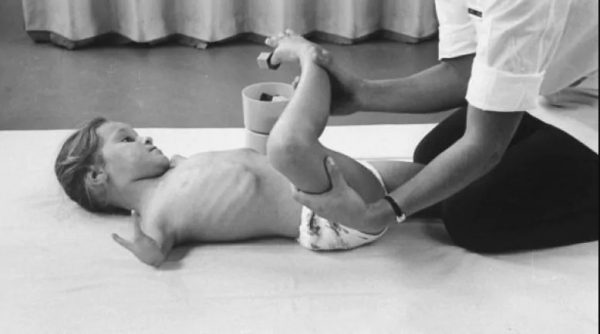 The research showed the range of effects that thalidomide could have – from miscarriage and reabsorption of the fetus in the womb, to damage to the eyes, heart, brain and distinctive limb malformations – depending on the stage of pregnancy .

The lawsuits and the results of the investigation led the company to withdraw the drug on November 26, 1961, and a few days later UK distributors followed suit. But the British government did not issue an official warning until May 1962, so thalidomide was probably in many drugstore cupboards and being taken by unsuspecting people in the intervening months.

The trial began in 1968 and lasted for 2 years. The firm had hired 20 of the top lawyers in the United States. The court did not issue a decision, however, as the evidence for the company’s culpability was insufficient. The company eventually paid $50 million to the Foundation for Crippled Children. The families of the victims received very little compensation after an out-of-court settlement.

The change in the pharmaceutical industry

Due to the persistence of Dr. Kelsey, the drug was never approved by the Food and Drug Administration and was banned worldwide in 1962. But more importantly, it marked the beginning of a new era for the Medicines Agency. Confidence in the pharmaceutical industry had been severely shaken by the thalidomide tragedy, as the world realized that there was nothing to stop such a toxic drug from being released. At that time pharmaceutical companies and not the state were responsible for ensuring the safety of their products.

Kelsey was awarded the Presidential Award for Distinguished Community Service by John F. Kennedy on August 7, 1962, becoming the second woman to be so honored. After receiving the award, Kelsey continued her work at the FDA. There he was instrumental in shaping and enforcing the 1962 amendments while assuming responsibility for overseeing drug testing at the FDA. The scandal led to major reforms imposed on the pharmaceutical industry. In June 1963 the Committee on the Safety of Medicines was established, with detailed recommendations that medicines should be screened for potential toxic effects. In 1968 the Medicines Act further tightened controls on medicines.

Thalidomide is the main reason why United States drug laws are so strict. The company apologized to the victims 50 years after the tragedy.

This was not the end of thalidomide. In the early 1990s, researchers discovered that the same properties of the drug that restricted blood vessel growth and resulted in cachectic limbs were useful in treating a number of medical disorders. Research has found that it has curative effects in leprosy, where it can eliminate all symptoms as long as the patient continues to take the medicine. In addition, in some AIDS-related conditions and some forms of cancer.

While the drug now carries a strict warning that it should not be taken by pregnant women, in Brazil, where it is widely used to treat leprosy, a group of researchers says that since 2005 as many as 100 children have been crippled by thalidomide.