Complaint about the State of Nice: Pregnant woman struggled for 1.5 hours and asked for a doctor – She gave birth to her baby dead A tragic incident reportedly occurred at General State of Niceas, according to the complaint, a woman about to give birth struggled for 1.5 hours alone, without any doctor seeing her, despite her pleas, resulting in give birth dead it little baby her.

According to Mega’s Live News show, a 38 years old mother she went in scheduled to give birth to her fourth child on Monday in her ninth month of pregnancy. After doing the necessary tests, the nurse tried to induce artificial pains. At this stage though, something went wrong.

From the three in the morning had appeared bleeding and reassured that someone from the doctors would come to see her, was left unattended until a quarter past five in the early morning when she managed to grab her cell phone and call her gynecologist to come to the room.

Her doctor, who seems to have been unaware of the pregnant woman’s condition, arrived immediately. He performed a CT scan and ultrasound on the fetus and realized that something was wrong.

So, they announce to her at 05:50 how they must proceed to an emergency caesarean section. But the 38-year-old mother she did not feel her baby showing any signs of life since 05:00. The little boy they were expecting hadn’t made it. The distraught parents could not believe that a pregnancy without any problems had such a tragic end.

“I kissed him dead, if I were to go in his place”

The husband of the woman who gave birth to her stillborn child spoke to Live News and reported that “it is very hard because I kissed it dead. Let me go in his place, and let the child return to his mother. We got lost in a hospital that was caring for a healthy baby».

At the same time, he said that “the woman informed a nurse that she was in pain and that her abdomen “rocked” and was bleeding. No doctor stopped by to ask what was going oneven though they were sitting in the curator’s office.”

PREV Parking in Elos and open theater in the former campsite of Agia
NEXT Autumn came to Patras- Suddenly, rain and wind- VIDEO “All of Crete is reacting to the BOAK tolls” 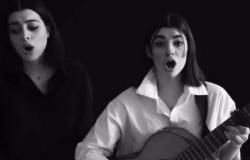